Zhang Jia Jie is famous for the Heavenly Pillars in Zhangjiajie National Forest Park known as the Hallelujah Mountains in the movie Avatar. The city is located in the northwest of Hunan Province and is over 1,000 kilometers from both Shanghai and Beijing. 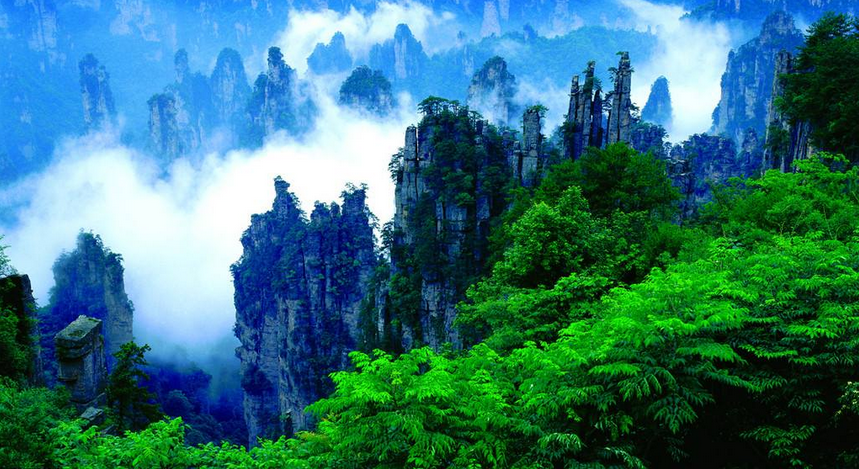